The goal of endodontic therapy is to save our natural dentition. My goal is to not only save my patient’s natural dentition, but to do so in a calm and compassionate environment with the latest technology to achieve the best outcome.

During her time at Harvard, Dr. Shah received the Student Achievement Award in Endodontics from the American Association of Endodontics (2010) and the Academy of Operative Dentistry Award (2010). In addition, she received a stipend from the Paul Dudley White Traveling Fellowship from Harvard Medical School. During her residency, Dr. Shah was awarded a research grant from the American Association of Endodontics Foundation, where she studied trends in hospitalizations of endodontic abscess in the United States.

Dr. Shah is an affiliate of the American Association of Endodontics, the Academy of General Dentistry, and the American Dental Association. Outside of the office, Dr. Shah enjoys spending time with her husband, Sunjeev, and their young son, Carter & their twins. 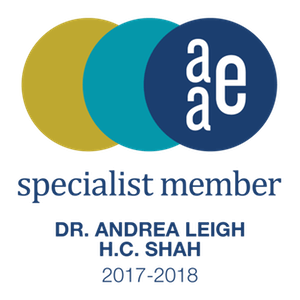